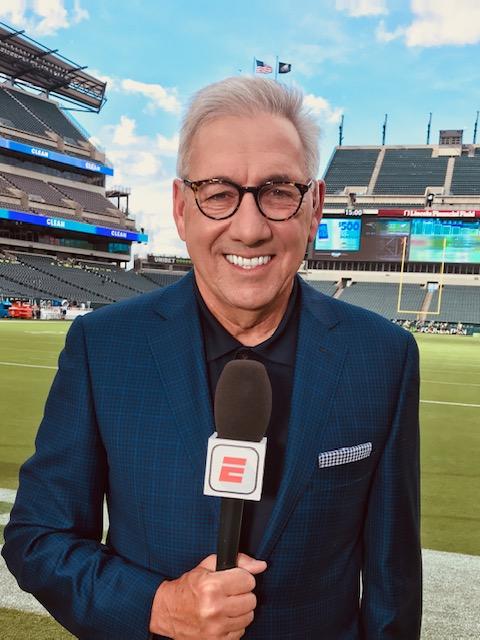 Bridgeton, NJ – The All Sports Museum of Southern New Jersey (ASMSNJ) today announced that ESPN national correspondent and longtime South Jersey resident Sal Paolantonio will be formally inducted into their Hall of Fame at an event at the Ramblewood Country Club in Mt. Laurel on Saturday March 11th.

“We are honored that Sal Pal has accepted our invitation to join the South Jersey sports hall of fame and we look forward to his induction on March 11th,” said Dom Valella, Chairman of the All Sports Museum of Southern NJ.

About the All Sports Museum of Southern New Jersey: The mission statement of this organization is to collect, preserve, display and foster appreciation of sports represented by the historical artifacts associated with the 8 county area of southern New Jersey (Ocean and Burlington Counties south). Inductions into the Hall of Fame section are held for deserving individuals as determined by the Board of Directors.

About Sal Paolantonio: A national correspondent for ESPN since 1995, Paolantonio is currently the longest serving reporter at the network. He has been the host of the NFL Matchup Show for 20 years.  On the ESPN national radio network, Paolantonio calls NFL games as a booth analyst. He is a voting member of the Pro Football Hall of Fame Selection Committee in Canton,Ohio. In 2018, he was awarded the Jack Newfield Courage in Journalism Award given by the New York Daily News. Including his tenure at the Philadelphia Inquirer, Paolantonio has been an NFL reporter for 30 years. From 1978-83, he served as a surface warfare officer in the U.S. Navy.